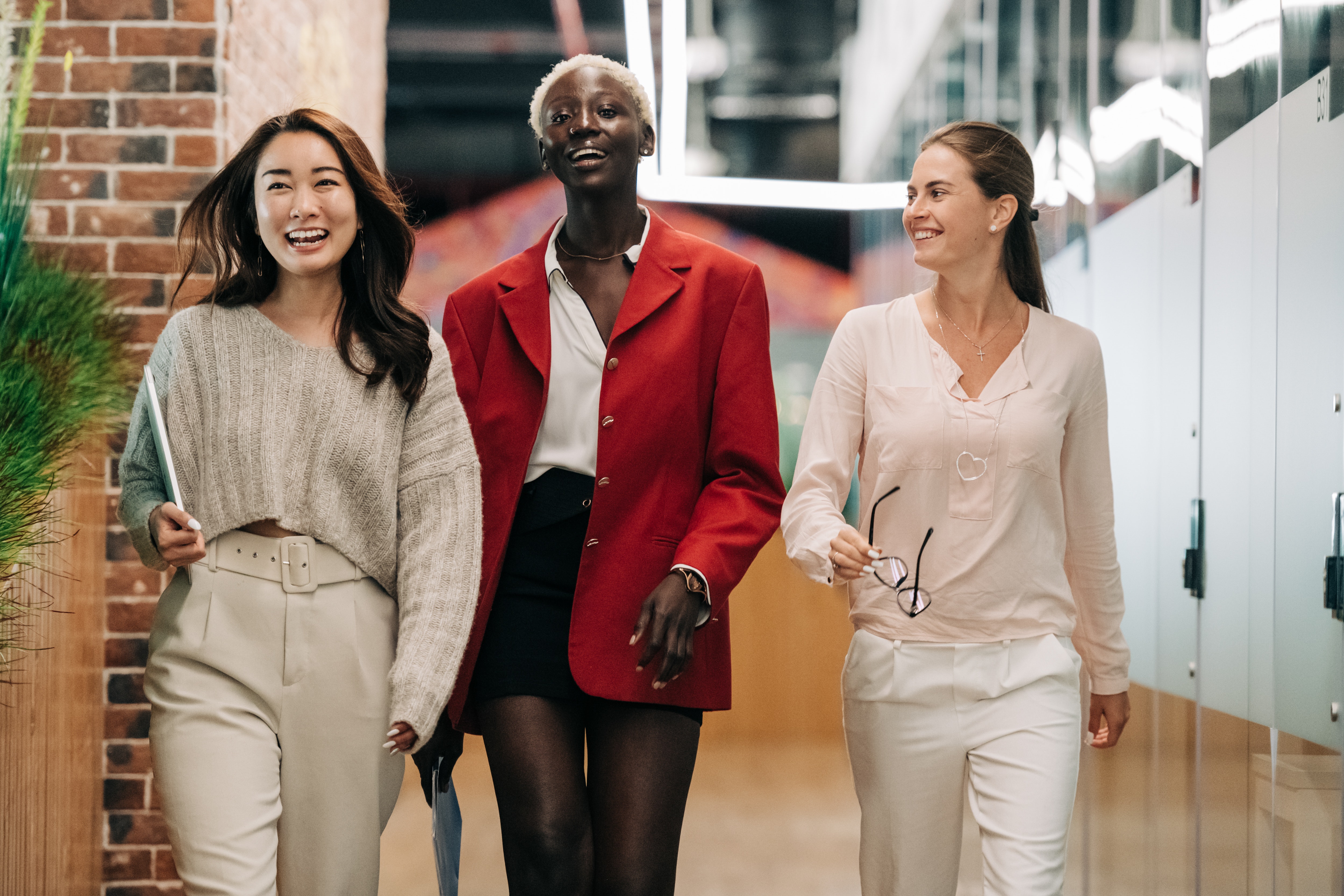 In this job change success story, RS, a mid-forty Hong Konger residing in Japan, shares her experience changing jobs successfully in a highly competitive space. She shares how she transitioned from the international services industry to her industry of choice and explains how she was able to secure a coveted job in 2020 as an Executive Assistant for a leading company in Japan.

Changing Industries as a Foreign Executive Assistant in Tokyo

-- Could you tell us about your industry and occupation prior to joining your current company?

RS: Before joining my current company, which I got through RGF Professional Recruitment Japan, I actually worked for a different industry, which was international services. I used to work as an Executive Assistant in the Tokyo office of a foreign diplomat who was based in Japan. Now, I am an Executive Assistant for a top executive at one of Japan's leading cosmetics and personal care companies. Although the industries are different, my recruitment consultant, Setsuko Shimauchi, and I believe the role and function are undoubtedly similar.

Setsuko: Yes, the roles were very similar. After simply reviewing her resume, I immediately thought that she could be a strong candidate for the position I had introduced to her. But of course, since it’s a trilingual Executive Assistant role, I still needed to do a comprehensive preliminary interview which would asses other aspects such as proficiency, attitude, and composure – which, clearly, she all passed with flying colors.

-- What were some factors that made you decide to change jobs?

RS: The biggest factor for me was the industry. When I started my career in Japan many years ago, I landed a job as a management consultant at an international accounting firm and many of my clients were global enterprises. The majority of positions I've held in the past were also all in the business sectors, wherein I had the opportunity to meet with many prominent business people. These experiences made me develop a yearning to go back to that type of environment – especially after having worked in the international services industry for almost four years. Although working in the international services industry was very fulfilling, I wanted to go back to the fast-changing and ever-challenging world of business.

Finding Career Opportunities in Japan through our Job Site

-- How did you find out about your current role?

RS: Truthfully, when I was in the early stages of my job search, I wasn’t using any agency and was initially applying directly to companies. After checking what was available in the market, I only applied to a few jobs because I couldn’t find vacancies that were attractive enough. This was until I stumbled upon RGF Professional Recruitment Japan’s job site where I found an exclusive job vacancy for a trilingual Executive Assistant.

-- What made you decide to continue using RGF Professional Recruitment Japan’s services after applying for the job?

RS: I’ve had quite a lot of experience with recruiters before but Ms. Setsuko was different. She really gave me the impression that she is genuinely dedicated and works together with the candidate. When I applied for the position on the website, I immediately got a response from her on the same day. She interviewed me and asked a lot of questions but I realized she was different from other recruiters because, during the preliminary screening, I truly felt that she had carefully reviewed my resume. She even pointed out discrepancies between my Japanese and English resume, which assured me that she wasn’t just receiving and sending resumes to companies – she was actually taking her time to check everything and I really appreciated that.

From the start until the very end, Ms. Setsuko, partnered with me and helped me every step of the way, which helped me get an edge over other candidates. She not only gave me so much industry information and knowledge, but she also helped me prepare for the interview with the company. I really felt like she tried her best to understand my experience and find out all the information that I would need to ace the interview.

-- What factors did you consider when you chose this new role in the Consumer and Retail Industry?

RS: Besides transitioning back to the business sector, I also evaluated opportunities based on three other factors. One would be sharing common values with the company. Before my interview, I actually researched the company’s philosophy, mission, vision, and some company initiatives. I was glad to find how much my current company really contributes to society, the environment, and the well-being of their staff. That in itself, already convinced me that I would be happy working for this company and made me even more motivated to do well in the interview. The second one would be the use of my language ability because I speak several languages and would like to fully utilize these skills. Last but not least, since I am a working mother, I value having a good work-life balance. That is perhaps a top priority for me so I am glad that despite being an Executive Assistant, my company values time off of work, and now, I get to enjoy having a good work-life balance.

-- What factors did you consider as a recruiter when you considered this new role for RS?

Setsuko: I knew that the new role requires supporting a top executive from one of Japan’s leading beauty and cosmetics companies – which means they were very precise about the ideal candidate. Fortunately, I have a background in the cosmetics industry and coming from this, I had an understanding of the kind of person that would fit the role well.

After conducting my preliminary interview with her, I was sure that I found the right candidate for the role because she was the whole package. I was not only impressed by her professional history and her experience supporting a high profile foreign diplomat, but I was also impressed by her professionalism, personality, responsiveness, language fluency, and composure.

The Role of Recruiters for Bilingual Jobs in Japan

-- What were some difficulties or challenges that you faced when changing jobs?

RS: When I was in the process of changing jobs, I knew that I wanted to retain my role as an Executive Assistant. However, after checking what was available in the market, I also knew that the role would require such a high level of Japanese. I was born and raised in Hong Kong, which means my primary languages are Cantonese, Mandarin, and English. Although I studied Japanese and am fluent in the language, a job applicant’s language proficiency cannot easily be relayed by a resume.

Understandably, this is perhaps why some companies would prefer to entertain native Japanese speakers for an Executive Assistant role. I was fortunate that Ms. Setsuko, my recruitment consultant, was able to assess my language ability and in turn, helped convince my current company to interview a non-native speaker for the position. I think it was really helpful to have a recruiter attest and back up my language proficiency. This often-overlooked part is important, especially for foreigners who want to get a job in Japan. For me, it played a key role in landing an Executive Assistant job in Japan in the consumer and retail industry.

-- Were there other challenges considering that you had changed jobs in 2020 when the global pandemic hit?

RS: When I was applying for jobs, I feared that there might not be many openings in the market and that the process would probably take longer than usual. However, I was so surprised that the entire process took only a month – it was a whole lot shorter than I had expected.

I was lucky that I also only had one face-to-face interview, which I can imagine may have been several rounds if the global health climate had been different. Personally, I felt that given the role that I was applying for, that face-to-face meeting is very important. It's where you, as a job seeker, can really get a chance to assess and evaluate the company you will be working for, but most especially the person I will be directly working for.

Setsuko: Having only one face-to-face interview may be a benefit or a disadvantage. Since you only have one chance to impress the hiring manager, the way you prepared for the interview may very well be the reason why you either get the job offer or not. During critical moments like these when you only have one shot, it’s important to really understand the company: their products/services, their mission, vision, values, and future outlook. RS did exactly that, which thoroughly impressed me, the company – and it got her the job!

Advice for Changing Jobs in Japan as a Foreigner

-- What’s your advice to foreigners in Japan who are currently trying to change jobs?

RS: If you’re a foreigner in Japan and are trying to get a job, it’s important to fully understand yourself, what's important to you, and what you're really looking for in a new role. Only when you have fully understood your priorities, skills, values, and capabilities will you be able to piece together how you can add value to the company you’re applying for.

Opportunities are out there so stay positive – when you do find that next exciting job or when it is presented to you, take the entire process seriously. Do your research about the company and prepare as best as you can for the interview.

If you get the chance to work with a recruiter, I would highly recommend it. I’m sure they will be an asset to you in the same way Ms. Setsuko has helped me go through the whole job change process. They will mediate between you and the company so if you need anything at all or if anything is unclear, they will step in to ensure that you are properly represented and that you get all the necessary advice that will help you before, during, or after the interview. This advice may be that one thing that would have gotten you the job had you known about it.